Pakistan did not progress as quickly as it should

KARACHI: PM Imran Khan unveiled a  ship lift and transfer system at Karachi Port Trust that will help improve the efficiency of the shipping sector. Later The premier made the remarks while addressing the inauguration of the Ship Lift and Transfer System at Karachi Shipyard after arriving in the city on a day-long tour. Prime Minister Imran Khan said that Pakistan was not going as fast as it should, citing money laundering and corruption as significant obstacles.

During a visit to Karachi, the Prime Minister is organize to chair important meetings at Sindh Governor House. The premier also presented at the Karachi Port Trust (KPT) forum on various government projects undertaken in the city under the umbrella of the Karachi Transformation Plan. The prime minister is expected to issue guidelines on their implementation.

As I grew up with Pakistan, let me say at this event that we could not continue to reach the level we were at, ”said Prime Minister Khan. instead, of standing up and using their ingenuity, the people of Pakistan were lost their way. “We have become a leading importer, and Pakistan has begun to rely on foreign aid,” lamented Prime Minister Khan. “We have not seen our strength, Whenever a person begins to rely on the walls, his body deteriorates,” he added.

Imran Khan used this analogy to say that God made the nations the same way, adding that if they learned to fight and overcome obstacles, they would eventually win. He said Almighty Allah tells Muslims to learn from the example of the Holy Prophet Muhammad (PBUH), adding that whatever provinces accept the principles of Riyasat-e-Madinah, it will always rise above its problems.

Bring out the priorities of his government

Highlighting his government’s priorities, Prime Minister Khan said Pakistan should end its dependence on procurement and attract foreign investment Furthermore He said it was also crucial for the government to end money laundering so that the dollars it receives would not leave the country.

Towards the end of his speech, the Prime Minister expressed delight that Pakistan is finally on the road to prosperity, and honoring Naval Staff commander Amjad Niazi for taking the initiative to launch the Ship Lift and Transfer system. 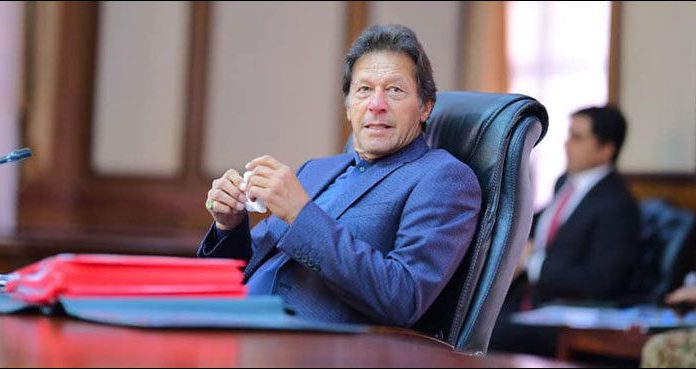 Balance between preventing the increase of the COVID-19 and keeping the wheel of economy moving.