Pakistan shares 1% of global warming in this planet which is the biggest threat to this century and it is sad knowing that Pakistan is playing its role in it very actively.

This Nation has been listed as the 7th most vulnerable country affected by Pakistan.

You must have noticed that the proper climate change isn’t taking place here. When the month of monsoon is there, it doesn’t rain, it’s November yet no winters, there is no proper weather prediction, the climate changes very rapidly, it is all happening because of global warming.

The heat stroke that has been taking place in Pakistan since past few years has death ratio very high.

The nation is facing the ever-rising temperatures, droughts and flooding that is disturbing health, agriculture and water supplies. Pakistan is among 10 countries affected most by climate change, according to the 2018 Global Climate Risk Index released by the public policy group German watch.

50.2 degree Celsius has been recorded as the hottest day on earth in Nawabshah in the month of April which was stated by Pakistan Meteorological Department and World Meteorological Organization. It was even hotter in the southern city of Turbat on May 28, 2017, when the temperature hit a sizzling 53.5 Celsius. 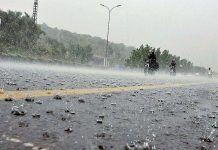 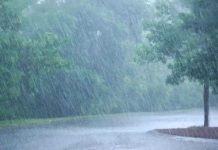 Monsoon Rains are likely to begin at the end of June...