On September 2, the Pakistan Cricket Board reported the timetable of the Pakistan Super League (PSL) 2020 knockout stage matches that were cancelled due to the coronavirus outbreak. The matches were booked to be played in Lahore however they were moved to Karachi because of the worsening of the air quality in Lahore.

The Pakistan Super League’s leftover matches will be played in Karachi beginning November 14 and the city’s traffic police have delivered a plan describing the roads that will be shut in and around the National Stadium during the matches.

Traffic DIG Javed Ali Mahar directed the police that no carelessness will be allow and advised them to utilize reflective Jackets, lights, and whistle.

The route from Hassan Square to National Stadium has been shut for traffic and traffic will be redirected to Jail Chowrangi.

The traffic will be redirected towards New Town from Hassan Square Bridge. Vehicles arriving from NIPA and Liaquatabad are being redirected to New Town as well. 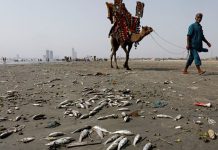 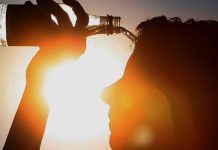 Regal automobile is all set to launch the Glory 580 Pro in Pakistan.

Pakistan’s private schools and madressahs warned of a long march and...