Foreign Minister Shah Mahmood Qureshi on Friday reported that Pakistan will view ‘Yaum-e-Istehsal’ on August 5 to show solidarity with the individuals of Indian occupied Jammu and Kashmir.

FM Shah Mehmood Qureshi stated, on the day August 5, 2019, the IIOJK’s flag was brought down, the Kashmiris were put behind the blocks, and maybe today no Eid prayers assembly was held in Srinagar.

He also included, the Kashmiri individuals had been confronting so much troubles, pain and mistreatment under the continued military attack throughout the previous one year.

The entire country ought to jointly speak more loudly against the military attack forced by New Delhi in the Indian occupied Kashmir a year back after the renouncement of its unique status and pass on a message to the Kashmiris that they were not the only one in their battle for the battle to self-assurance.

The foreign minister said he himself would visit the Line of Control on August 3 to convey a message that the Pakistani country remained with the Kashmiri brother in their simply battle for self-assurance right.

Prime minister Imran Khan, he stated, would address the Legislative Assembly of Azad Jammu and Kashmir on August 5 to additionally feature the Kashmiri individuals’ battle for freedom and their sufferings on account of Indian occupation forces. 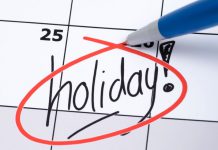 Infinix has Introduced the Infinix Zero 5, their first 5G Smartphone.