On Friday morning, PM Imran Khan took to Twitter to express his wishes to “Sikhs worldwide” on Sikhism founder Baba Guru Nanak’s 552nd birth anniversary. “We wish the 552nd Guru Nanak Dev Ji Jayanti to all Sikhs around the world and welcome thousands of Sikhs to visit their religious sites in Pakistan in this wonderful event, wrote Prime Minister Khan on his Twitter post.

We welcome thousands of Sikhs to visit their religious sites:

He reiterated his government’s commitment to continue helping them practice their religious traditions.

A large group of 28 Sikhs from India visited the gurdwara:

Permission to the Sikh pilgrims from India & other countries:

Pakistan has granted special permission to Sikh pilgrims from India, US, UK, Afghanistan, and Canada, among other regions, to attend the festivities from November 17 to 26. Sikhs from Afghanistan have reached the Torkham border, and Indian yatrees will arrive on November 17 at the Wagah border. During the festivities, Sikh pilgrims will also visit Gurdwara Darbar Sahib.

Pakistan issued around 3,000 visas to the Indian Sikh pilgrims:

Last week, Pakistan gave about 3,000 visas to Indian Sikh pilgrims the night before celebrating the 552nd birthday of Baba Guru Nanak, a statement from the Pakistani High Commission in New Delhi said. 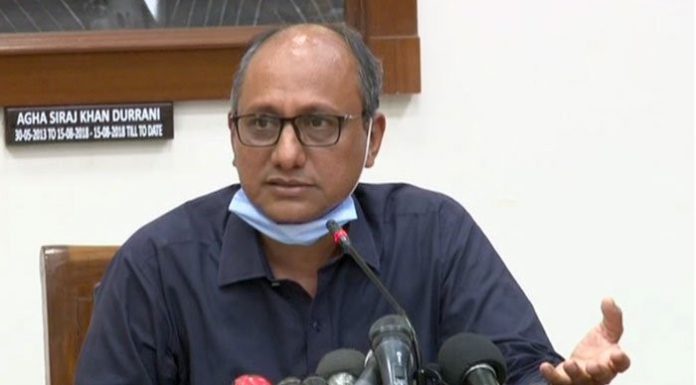 Saeed Ghani said reopening of schools is being delayed over fears of the spread of COVID-19.

PEMRA ban the speeches and interviews of criminals from being broadcast...