ISLAMABAD: Federal Minister for Information and Broadcasting Fawad Chaudhry has said bogus emails from India are behind the abandonment of New Zealand’s Pakistan tour.

Disclosing the facts behind NZ

Revealing the facts about the New Zealand’s suspending tourism in Pakistan, Fawad Chaudhry, accompanied by Interior Minister Sheikh Rasheed, said Pakistan is facing a fifth-generation war, and tweets have been sent from India to undermine the resumption of international cricket in the country.

Fawad said news of the NZ’s cancellation of the trip to Pakistan was received minutes before Prime Minister Imran Khan’s speech at SSC Sumit in Dushanbe. After concluding the address, the premier contacted his NZ counterpart to discuss the matter but was informed that NZ was suspending the trip.

On August 19, a post was shared from a fake account named Ehsanullah Eshan about a possible attack on the Kiwis group when they were traveling to Pakistan. Abhinandan Mishra wrote an article in a UK newspaper for making this fake document as a basis, the minister said. In addition, Martin Guptill’s wife received an email about the attempted murder of her husband as he continued his visit to Pakistan.

The email used to send the threat to Guptill’s wife was made on August 24 at 1.05 am, and the email was sent on the same day. He said 13 fake IDs were created to undermine New Zealand’s travel, and the ID device was registered in India. Fawad has announced that Pakistan is contacting Interpol with fake IDs and threatening warnings. After reviewing all threats and issues, our security agencies called it a scam. Fawad kept that to himself.

Responding to a query about ECB

To regret NZ’s decision to suspend the trip, details say the Kiwi had to share some threats before canceling the trip. Responding to a question about the ECB suspending its planned visit, the minister said the UK’s advice on Pakistan had not changed, so how come the ECB has suspended the trip? “The team has suspended visits to those non-threatening notices.” the PTV sports have been asked to analyze the losses caused by the trip’s suspension to England and will later sue the ECB, Fawad said.

At the event, Sheikh Rasheed said the visiting team was given unparalleled security and was assured of each issue. He said India was complaining about the closure of its 66 camps in a neighboring country. Rasheed vowed that Pakistan would not be divided by such tactics, and Inshallah international cricket would soon return. Ministers said fake emails would be sent to Kangaroos regarding Australia’s forthcoming trip to Pakistan to ruin the upcoming trip. 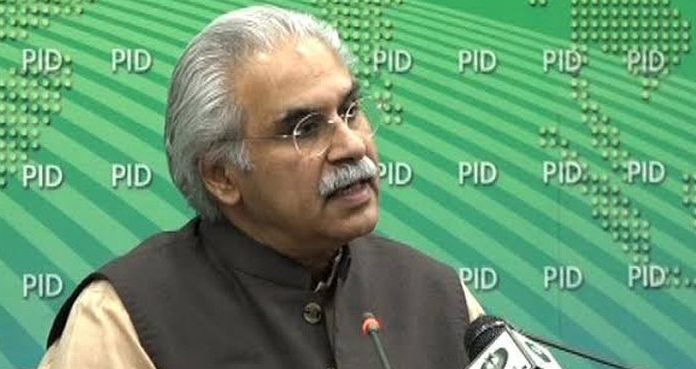