The government would issue a warning message to unvaccinated people:

The Sindh government has decided to write to the NCOC and the PTA that mobile sims for unvaccinated people should be banned, In addition, the salaries of those government employees like those who were not vaccinated, would have been withheld. In this matter, the chief minister directed the provincial finance secretary to communicate to the Sindh advocate general.

In a letter, the Sindh government acknowledged the NCOC of the National Command and Operation Centre’s decision to ban mobile sims taken during a Corona Task Force meeting which held under the chairmanship of chief minister Murad Ali Shah. The NCOC informed that the team had proposed to phase out the sims to stop the transmission of COVID-19. Initially in the first phase, the government will issue a warning message, and the social media accounts will be closed.

In Phase III, outgoing calls will blocked, and in Phase IV, the SIM will be completely stopped until the person will be vaccinated.

In Phase III, the outgoing calls will closed While in the fourth stage, the SIM will be completely stopped until the person is immunized, Therefore, it is requested that the Pakistan Telecommunication Authority need to take the necessary steps to have a successful vaccination campaign in violation of the COVID-19 transmission chain.

The national number of active cases in Covid has reached 53,623, with 1,425 people diagnosed with the virus and 543 people contracting the disease in the past 24 hours, the NCOC said in its daily report. The national sensitivity rate was 5.65%.

Eleven patients had died in the past 24 hours, all of whom were being treated in hospitals, including three on ventilators. According to the review, 2,525 patients were still in critical care at various health care facilities dedicated to Covid. 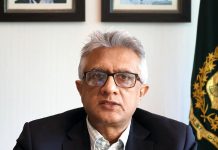 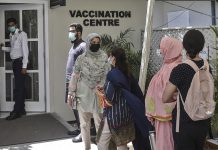 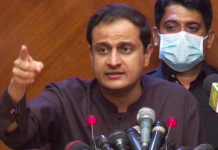 Saeed Ghani said reopening of schools is being delayed over fears of the spread of COVID-19.

The tally of confirmed cases of coronavirus in the country has...