An air ambulance will arrive at Karachi airport in the next 36 hours:

On Saturday, KARACHI: Sindh government spokesman Murtaza Wahab said an air ambulance would arrive at Jinnah International Airport within 24 to 36 hours to transport the sick Umer Sharif to the United States for treatment. Murtaza Wahab said the US government had issued visas to sick comedian and his family members regarding the treatment of the famous artist in America.

He is keeping that the documents relating to the air ambulance are prepared. “All arrangements are made according to the wishes of the Umer Sharif family,” he added. Sources said the Civil Aviation Authority (CAA) had not received a request for an ambulance to transport Umer Sharif to the US to date.

However, as soon as the CAA Department of Transport receives the request, it will take immediate action in this regard.

Preparations finalized at a US hospital for Sharif treatment:

Jawad Umer had earlier said his father would leave the United States for medical treatment by air ambulance organized by the Sindh government. In a statement yesterday, the comedian’s wife, Zareen Umer, said preparations for the treatment had been finalized at George Washington Hospital. The air ambulance invoice is sent to the Sindh government, who pays for it,” Zareen said.

US government had issued visas to the sickly comedian:

Veteran comedian Umer Sharif Thursday finally received his US visa when the embassy exempted him from being physically present for the interview. Umer Sharif is presently being treated at a private hospital in Karachi for several diseases and has asked Prime Minister Imran Khan to speed up US visas for his surgery abroad. The Umer’s wife said the US government had granted them visas, and now, there were no restrictions on their travel to the states. 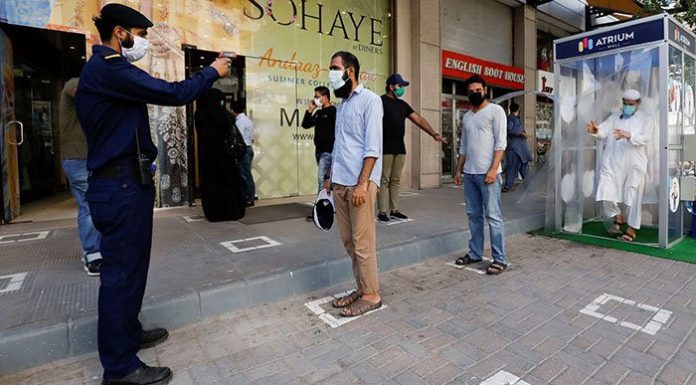 NCOC noticed wedding halls and restaurants is the reason to the spread of the coronavirus.