Prime Minister Imran Khan launched Lahore Technopolis, a specialized technology zone, and signed agreements to bring in $ 300 million worth of investment to build. In his inaugural address, the PM praised Punjab CM Sardar Usman Buzdar and the Higher Education Commission (HEC) to pave the way for constructing a specialized technology zone in the barren land spread over 800 acres in Lahore.

Top technology companies worldwide have profits of up to $ 1000 billion each, and Indian exports from technology have reached more than $ 150 billion, he said, adding that compared to Pakistan, it has sales of more than $ 1 billion from technology-related products. However, Pakistan has more power with 60 percent of the youth, and the current govt is committed to supporting the technology sector and removing obstacles in their path.

The premier said the sector could also solve employment problems and pave the way for women living at home to find jobs online. “It is unfortunate that the level of imports in Pakistan has increased recently. Our economy has seen a shortage of dollars, which forced the country to contact the IMF to bring financial stability,” However, he said that the country’s economy could not grow without exports.

Imran said the technology sector could only pay off all the country’s debt. He added that all businesses faced a recession during the Covid-19 crash, but profits from technology companies such as Google, Amazon, and others increased. “The technology areas are aimed at bringing freedom to the sector and making full use of its potential,”

Examples of China and India:

The PM giving the examples of China and India, where their people first invested in those projects, and later foreign investors joined them. Briefing the example of China, the PM said they had eradicated corruption by planning and initially eliminated 450 people in ministerial positions due to financial mismanagement.

The event marked the signing of an MOU:

He said that China impoverished 700 million people beyond the poverty line in 40 years, adding that their exports enabled China to become a global economy. Earlier, the PM also distributed licenses to companies operating in Technopolis. The event also marked the signing of a Memorandum of Understanding for an investment of Rs 300 million to establish three more technical facilities in different parts of the country. CM Buzdar said Lahore had been appointed as a Technopolis given the presence of universities and other technology institutions and companies in the city.

The Project would help carry out technology-based researches:

This work will assist in conducting research based on technology, and to attract investment to Technopolis, the government has granted companies operating there a 10-year tax exemption. He added that companies from different countries like the US, Canada, China, and Australia are close to investing here. 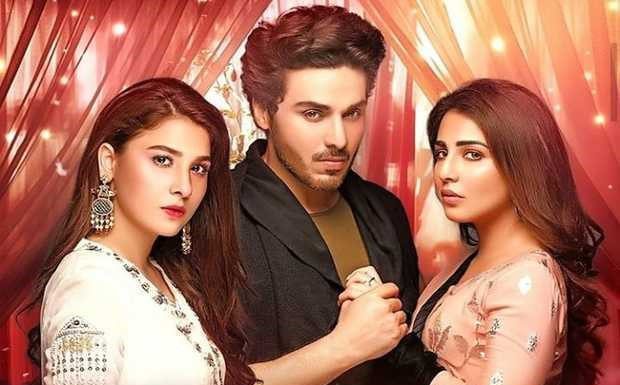 Ali Shehzad - October 13, 2019
0
The only negative comment I can give is that, ladies will take longer to cut their vegetables while watching the drama

Mooed Yusuf said that Pakistan has proof of India’s involvement in...