Pakistani pinch-hitter Asif Ali was voted the International Cricket Council (ICC) Player of the Month in October 2021, following his impressive performances for New Zealand and Afghanistan a few days ago. Asif Ali hit 27 runs off 12 balls during Pakistan’s match against New Zealand, hitting three sixes when crucial. In the next match between Pakistan and Afghanistan, Men in Green is again in trouble, battling Afghan spin wizard Rashid Khan.

However, with Asif Ali coming in again, the team needed 24 runs off 12 balls. Asif did not participate under pressure, hitting the ball with a straight stick and hitting four sixes to ensure Pakistan won. In total, he scored 52 unbeaten runs in three Pakistan matches in October in the ICC Men’s T20 World Cup, scoring 273.68. ICC Voting Academy member Irfan Pathan said helping Pakistan win, especially in the “jaws of defeat,” made Asif Ali special. “Although he scored a lot less than the other two nominees, his contribution and the pressure on him to win made all the difference.” Responding to the development, sports journalist Zainab Abbas congratulated Asif and said it was “well-deserved.”

From the women’s category, Ireland captain Laura Delany received the October Player of the Month award. Delany stood out as Ireland won 3-1 in the ODI series against Zimbabwe. The all-rounder impressed with the ball, hitting 189 runs for 63 and taking four wickets for 27. Delany posted 88, 35, and 68 points in his three innings, hitting a strike rate of 108.62. In the match where she was not required with the bat, she still contributed with the ball, taking 1/22. 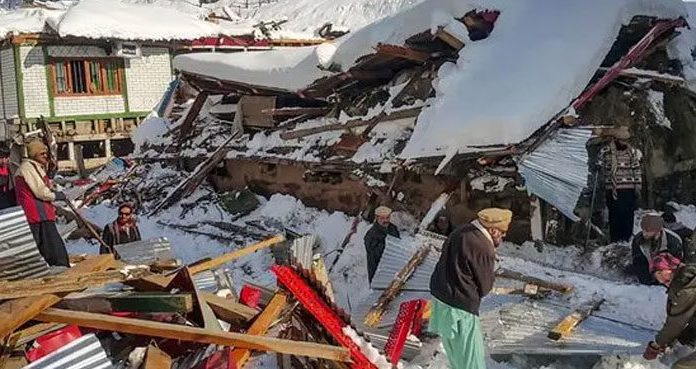 Loss of life soars as scale of snow tragedy unfolds

The Karachi transporters’ association announced to operate their transports in the city from Monday.