Sitam Shaar is Geo TV’s much-awaited drama, which will hit the screens soon. In addition, the series features a talented cast and an interesting story. It is a proud 7th Sky Entertainment production directed by renowned playwright Ali Akbar. Reportedly, Saniya Shamshad is also making a comeback with this serial after a long break since 2019 from showbiz. Moreover, the series sounds promising; it will be a super hit project.

Saniya started her career around 2011 and rose to fame with the serial ‘Rehai’ after which there was no stopping her. ‘ Saniya Shamshad appeared in countless drama serials after the success of ‘Rehai. Moreover, the super hit dramas are ‘Aseerzaadi,’ ‘Saheliyan, ‘Agar Tum Na Hote,’ ‘Sadqe Tumhaare,’ ‘Ghalati’, ‘Pyaari Bitto’, ‘Kaisi Aurat Hoon Mein,’ ‘Ishq Nahi Hota’ and ‘Deewani’ which brought her great fame.

The drama story revolves around two sisters or cousins ​​who are complete opposites. However, Saniya Shamshad portrays the more innocent lead character, while Anmol Baloch plays the role of the wicked leader who will do anything to achieve the rich lifestyle she desires. However, Mohsin Abbas Haider stars alongside Anmol Baloch, and Usama Khan stars alongside Saniya Shamshad. They play the role of brothers.

The drama writer is Sadia Akhtar, who previously wrote the drama serials such as Woh Pagal Si, Shehr-Malal, Deewangi Naik Parveen, De Ijazat, and many more.

The drama series Sitam Shaar is produced under the banner of 7th Sky Entertainment under the leadership of Asad Qureshi and Abdullah Kadwani. However, they have made some of the biggest hit dramas. However, recent hit dramas include Dil Awaiz, Dil Zaar Zaar, Mohabbat Chor Di Maine, Khuda Aur Muhabbat, and many more.

Sitam Shaar will expect to release in September 2022 by Geo Entertainment. 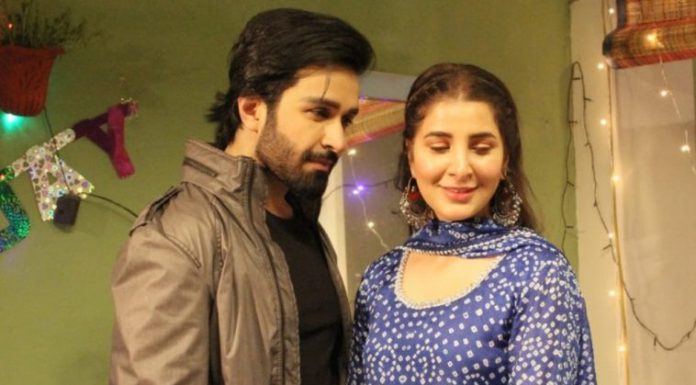 Azfar Rehman and Ariba Habib will star in the drama ‘Rukhsati’.

PM Imran Khan has gathered a meeting to talk about the current situation of...