Inflows under the Roshan digital account saw a drop of almost 25 percent, with inflows of $188 million – a much lower figure than in June. According to the State Bank of Pakistan (SBP), total deposits under the RDA increased to $4.794 billion in July. Rs 4.606 billion which was reported in June.

The total investments made through the RDA inflows:

Additionally, investments made through RDA inflows totaled $3.1 billion from September 2020 to July 2022. So far, conventional Naya Pakistan Certificates (NPCs) have received $1,635 million, while Islamic NPCs have collected $1,454 million. Meanwhile, the stock received an inflow of $41 million over the same period.

RDA is an initiative of SBP in collaboration with commercial banks operating in Pakistan to provide innovative banking solutions to Non-Resident Pakistanis (NRPs), including Non-Resident Pakistani Origin Card (POC) holders who wish to conduct banking, payment, and investment activities in Pakistan. The initiative in September 2020 by SBP offered up to 7% profit on US dollar investments. With dwindling foreign exchange reserves due to debt and import payments, RDA inflows are vital for the country. Reserves held by the SBP fell below the $10 billion mark last week.

The drop in reserves comes as Pakistan continues negotiating with the International Monetary Fund (IMF) to revive the stalled Extended Fund Facility. Its delay pushed the currency to record lows, and the rupee even touched 203 against the US dollar in intraday trading on Tuesday. RDA With inflows at $188 million, which is significantly less than in June, the inflows under the Roshan Digital Account saw a fall of over 25%. The total deposits under RDA climbed to $4.794 billion in July from Rs. 4.606 billion in June, according to the State Bank of Pakistan (SBP). 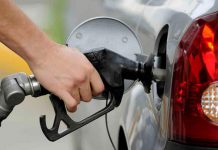 Minal Khan and Yasir Hussain paired up for their upcoming telefilm ‘Pyaas’.