We know you are watching Geo TV Drama Jo Bichar Gaye Cast, So don’t worry about It. Here we share the drama cast of the upcoming serial Jo Bichar Gaye with you. If you want to get full information about Jo Bichar Gaye drama characters, story, and time, I think you’re in the right place. Also, view all photos and details of the drama cast on your mobile phones and laptops easily.

The drama story is full of action, suspense, and emotions:

Geo TV is ready to broadcast the amazing serial Jo Bichar Gaye series starting in December. It is inspired by the actual events of the 1971 Indo-Pakistani war and the partition of East Pakistan. However, the serial starred in pairs Wahaj Ali and Maya Ali with starring characters and serial Produced and directed by the talented Haissam Hussain under the H2 Films banner. However, the interesting teaser was released, and the drama looked very promising.

The story of the drama is about the history of Pakistan, Bangladesh, and India. The lead roles are played by the talented Maya Ali and Wahaj Ali. They will appear for the first time as on-screen couples, and their fans are thrilled to see them together. However, Talha Chahour is a rising star in the Pakistani drama industry, and he also plays a key role in the series. The drama story is full of actions, suspicions, and emotions.

The drama writer is Ali Moeen.

The serial directs by Haissam Hussain. 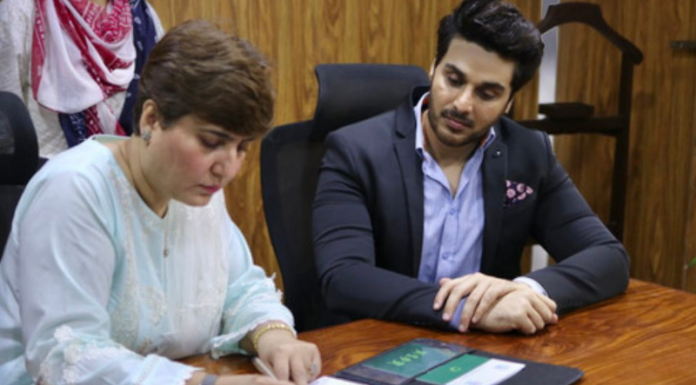 Bikhray Moti, a story of one girl who sacrifices her whole life for three...