Former Prime Minister Imran Khan supporters blocked roads, disrupted traffic, and closed schools near the capital on Tuesday. He protested the assassination attempt. However, the former cricketer was shot at a gathering last Thursday and is recovering from a leg injury. Moreover, Yavar Ali, a police official, said: “People have a lot of trouble going to work. Families are stuck in traffic for hours. There are even reports that protesters did not allow ambulances to pass. But the Pakistan Tehreek-e-Insaf (PTI) dismissed the allegations as “baseless” and shared a video of crowds of protesters silently waving goodbye to let ambulances and people in need pass.

Prime Minister Shabaz Sharif, Khan’s unpopular successor, has rejected calls for new elections, and the impasse is fueling instability in the nuclear-armed states. However Imran Khan supporters staged demonstrations on major roads around Islamabad late on Monday. They blocked the Islamabad airport highway and the highway connecting the capital to Lahore and Peshawar’s cities.

Television footage showed Imran Khan supporters burning tires as they set up protest camps across the road. However, the government has ordered public and private schools to close for the day. Imran Khan launched a long protest march from Lahore to the capital on 28 October. Last Thursday, he waved to the crowd from a container loaded on a truck in Wazirabad. Moreover Imran Khan was among ten wounded, and a party worker died. However Police arrested a shooting suspect. Khan’s party announced late on Monday that they would resume the rally on Thursday at the site where Khan was attacked,  and he would lead it virtually. The political tensions have come as Pakistan grapples with economic unrest caused by recent floods, which the government estimates have caused financial losses of $30 billion. 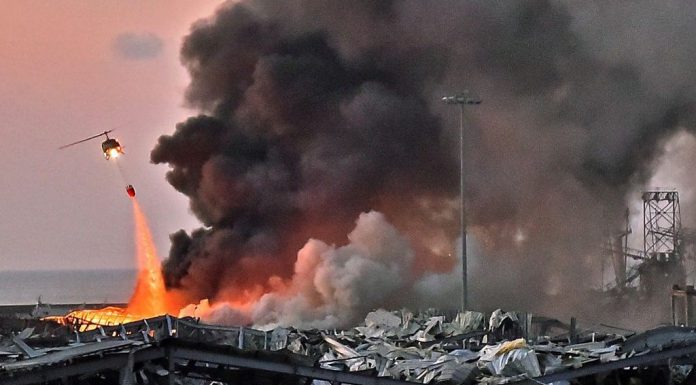 The most powerful explosion hit Beirut, the capital of Lebanon.

The US will have to recognize the Taliban govt Sooner or...