Imran Khan, former Prime Minister and chairman of PTI has announced that his government will establish a journalism university in Punjab in the name of Arshad Sharif’s honor. However, In Lahore, he announced this during his speech to people taking part in the PTI long march in Lahore. The PTI has also dedicated its long march to Arshad Sharif and the media fraternity.

He continued that this institution will be called the Shaheed Arshad Sharif university of Journalism. In addition, Tehreek-e-Insaf dedicated its long “Hakiki Azadi” march to Arshad Sharif and the media industry. It should be noted that Arshad Sharif was assassinated near Nairobi, a mistaken identity of Kenya Police. Following this, local and international organizations such as Reporters Without Borders – Reporters Without Borders (RSF) denied the Kenyan police’s claims of killing a senior Pakistani journalist.

Who was Arshad Sharif:

Arshad Sharif was working on ARY news. He faced lawsuits and FIRs filed against him in several cities of Pakistan after he criticized his statements in government agencies. Moreover, In August, Arshad Sharif flew to Dubai from KPK Bacha Khan Airport for a short stay in the UAE. The UAE authorities then informed him to leave the country after then he went to Kenya. Last week, the sad news that Arshad Sharif was killed came out in Kenya last week. His body was taken to Pakistan, and his funeral was held in Faisal Mosque. He was then buried in the H-9 cemetery in Islamabad. 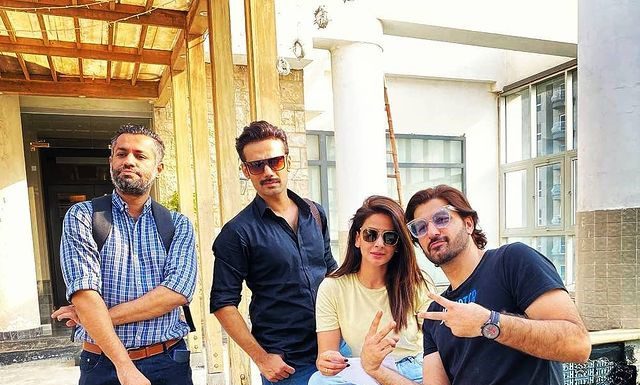 Ghabrana Nahi Hai is an upcoming Pakistani movie and the story is about female empowerment.

Citizens from across the country took to the streets, calling for...