The attack was made on innocent eleven miners while asleep near the remote coal mine in the mountainous area. The militant Islamic State (IS) group claimed to initiate this attack before dawn on Sunday.

After the tragic incident, a large number of Hazara community members and civil society activities showed their anger and gathered outside the Karachi Press Club. They said that the government and the law enforcement forces have failed to arrest the terrorists. According to them, the same thing happens always, the attackers “flee with complete exemption” each time.

The residents of Hussain Hazara Goth (a Hazara-populated area near Nipa Chowrangi) participated in the protest organized outside the Karachi Press Club.

According to the protesters, killing innocent people cannot force them to give up their faith, and “Sunday’s attack on coal miners in Machh is the latest in a long list of such attacks against the Shia Hazara community.”

On Tuesday, Majlis Wahdat-e-Muslimeen gathered and organized sit-ins and protest at Numaish Chowrangi, Abbas Town, and Ancholi. The protest was made to show solidarity with the Hazara Community members for the Machh incident. To pray for the victims of terror attacks in Balochistan, a vigil was also held at Numaish Chowrangi.

Zameer Mughal (Hazaa student) said that the Shia community has become mentally ill because they have always been denied their rights. Because of this sole reason Hazara youth have been migrated to foreign countries.

A social activist, Iqbal Nasiri said that Karachi is not saved for Hazaras because a large number of community members have been killed in recent years.

Protesters demand strict implantation of the National Action Plan (NAP) to stop the aggressive sectarian groups and they should be stopped from re-emerging with new names.

Politician Farooq Sattar also showed up at the protest and demands strict action against militants. 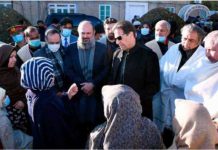 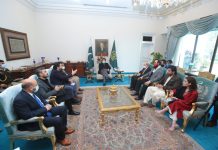 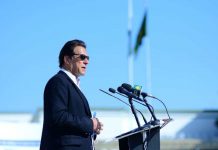 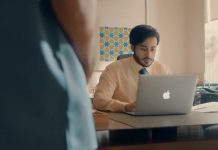