Hania Aamir and actor Farhan Saeed will be featuring for the upcoming serial ‘Mere Humsafar,’ where they will play the lead role. Furthermore, Farhan Saeed, who recently appeared in Prem Gali and the Eid Telefilm Love Vaccine, is gearing up for his next serial, “Mere Humsafar,” where he will play with the ever-beautiful Hania Aamir. Mere Humsafar, written by Saira Raza and drama produced by Six Sigma Productions, the serial will release on ARY Digital soon.

Ary Digital produces many of the best dramas with talented actors. Let’s look at the Mere Humsafar Pakistani drama, complete with actors’ names and details.

The dramatic story of Mere Humsafar focuses on the life of a young married couple, and drama lead roles are Hania Amir and Farhan Saeed. Moreover, Hania plays the role of a beautiful and innocent girl facing many problems after marrying Farhan. Her mother-in-law Saba Hameed always causes her issues; however, the story of the drama is full of emotions, romance, and entertainment. Viewers appreciate the on-screen couple Hania and Farhan Saeed.

First Teaser of the Drama:

The first teaser for the new drama series “Mere Humsafar” has just been released. Hania Aamir appears to be playing the role of an innocent girl from a different upbringing at first. Farhan Saeed is married to Hania Aamir despite their social status and economic divisions. However, Hania’s character has clashed with her mother-in-law, Saba Hameed, who always creates problems for her. Let’s take a look!

The play is directed by Qasim Ali Mureed, who has previously directed hit serials such as Prem Gali, Aangan, Neeli Zinda Hai, and Tich Button. Moreover, the drama will produce by Humayun Saeed under the banner of Six Sigma Plus Production. 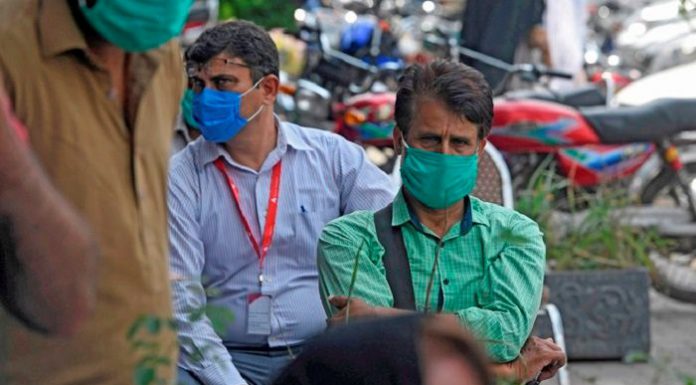 Due to high-rise in cases health experts called for a strict lockdown for at least two weeks.

Amna Ilyas wins hearts with a teaser for the upcoming short...